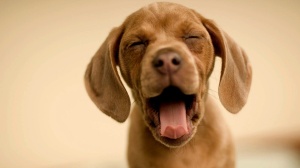 I have struggled with sleep for most of my life. When I was younger and unaware that I had some legitimate psychological issues, it was assumed that I was just lazy and didn’t want to go to school. While this was not entirely untrue, my sleep problems are just a part of the package of being a crazy person.

When I was not up all hours of the night trying to catch a wink, you could usually find me passed out at an incredibly inopportune time.

Before I was diagnosed, medicated, and regularly counseled, I can remember bouncing back and forth between insomnia and hypersomnia. I can remember four consecutive days without sleep, when I started to hallucinate that I was surrounded by shadows. Then there was the time that I slept for close to 60 hours and woke up confused and unable to feel my limbs for nearly an hour. Of course then there’s an amusingly long list of places that I have fallen asleep – in the stands at a baseball game, under a desk at work, in the bed of a truck, in countless movie theatres, in a tub, on the toilet, on dozens of floors; I could go on.

The amount of natural sleep remedies I have tried plus the prescriptions that Doctors have thrown at me – all of which have failed – is appalling. It was only while dog-sitting for my brother and sister-in-law that I had an epiphany.

After a bout of sleepless nights, I suddenly found myself going to bed at a decent hour and falling asleep instantaneously. What’s even better is that I woke up bright and early after exactly eight hours of a restful sleep. Man did I feel great. So what was the big difference?

I’ve read that dogs are some of the most intuitive and compassionate creatures. Certainly more so than humans. They move through the world primarily by smell, but they also have the ability to feel things such as emotions; they can sense things that we simply cannot. Dogs can provide assistance as well as general comfort for the sick, aging, disabled or impaired. Not only that, but dogs give us an overall sense of safety and well-being.

And so when I went to bed snuggled up with two dogs, it became clear what had been mysteriously keeping me up at night – fear.

I remember one of my first ever Counselors telling me that we often don’t realize that we are having a problem mentally until it manifests itself within us physically. Some people may not realize they are overly stressed or burnt out until they go into the Dentist complaining about sensitivity, only to realize that they have been grinding their teeth at night. I guess for me, malfunctioning sleep is my red flag that something is wrong in my head.

As always, I am thankful to be making new discoveries and taking continuous steps forward. This sleep breakthrough is a massive relief for me; even though it means I still have some work to do with my lingering anxieties. At least in the meantime there’s always a couple of adorable dogs that I can borrow. 🙂

2 thoughts on “no rest for the wicked”